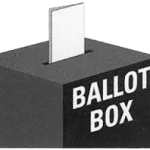 DEMOCRACY is the entitlement of the people

On the door steps we were received very well, people welcomed the honesty of our statement – it reflected the demands of the people. Two People’s Candidates have been elected, one in the city and one in the country – this is an important advance for democracy.

There is widespread anger at what has been done to our country, there are horror stories in many homes and people want a solution.

The People’s Candidates distributed several hundred thousand flyers, called to thousands of homes, held over 100 public meetings. We made our best effort to raise the discussion everywhere we could – we have made progress.

The people are great! The people know exactly what is wrong in our country, many have taken hope from what we have advocated. If our movement has a problem it is the difficulty of reaching the people, where we have the discussion people usually agree 100%

However, whatever this election produced by way of results the agenda is now firmly set, there is a strong movement for democracy and it will continue.

In this election we have again witnessed the Party system using public money to finance their campaigns, they have virtual limitless resources and this was reflected in the huge number of posters and glossy flyers put everywhere.

A compliant media, in TV, radio and print gave endless space to the Party spokespeople and just small mention to the People’s Candidates – a case of ‘he who pays the piper calls the tune’ ?

Our media is monopoly controlled and is itself a very powerful vested interests, we do not expect them to ‘rock any boats’ – sadly honest journalism is lacking.