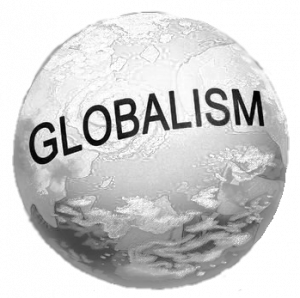 There was a saying long ago:

Article taken from the January issue of THE PEOPLE’S PAPER, a .PDF is available here.

Families need to respect each other’s homes. So long as the fences are not too high then all is good; with some give-and-take.

Our homes are for our families, we care for each other – the same applies to nations, we share a common home.

When we are citizens of a state that we own, that we built, that our ancestors shed blood for, then we have first call on the resources of that state; they are our resources.

It is not wrong to love Ireland and to stand up for Irish people, if we didn’t then something would be very wrong.

Loving Ireland does not imply disrespect for any other people, in fact, as a people, we have shown practical solidarity with the oppressed of the world as much, if not more, than most.

That we have not had a national debate on immigration is wrong.

Worse than that is that we are not allowed to discuss the issue without being labelled as ‘far-right’ or xenophobic or some other such smear.

When families on a housing list for 15 years or more see thousands of immigrants given priority over them they are right to be angry at a Government that allows this.

When we see almost unlimited expenditure on providing service to an unlimited numbers of migrants or refugees then people have a right to be very concerned.

When allowences are available to accommodate a foreigner but not to house a citizen then it is wrong.

But we must resist incitement to be angry at immigrants, or to disrespect anyone, where-ever they come from.

Maybe the powers-that-be want the anger, to create racism and division?

Irish people struggled a long time for independence, so that we could build a society of our own choosing and provide for ourselves.

We fought wars for very good reason, to establish our national territory, eventually securing just partial independence in 1922.
Having border controls does not mean excluding anyone, it means doing things in a planned way.

How can a state plan for education, housing, healthcare or economic development if we cant even control our border? Even though inter-connected, a separate economic, social and political life exists in every state.

The world today is dominated by ‘globalism’, modern day imperialism, they dont want any borders.

In globalism corporate interests rule and independent states are subverted to their needs and their demand for profits.

That is the whole point of the World Economic Forum (WEF), of which Varadkar, Martin and Ryan are members.

The WEF boasts that it has infiltrated the Governments of most developed countries in the world.

It openly promotes the ‘Great Reset’, to protect the economic and financial systems of the ruling elite.

Like Mussolini, the Globalists see the state as Corporatism, the ‘ordinary man’, from whatever country, has no say whatsoever.

If national self-determination was agreed at the founding of the United Nations as being required for world peace, then this is true politically and economically as well.

National freedom is not in conflict with Internationalism, it is required by it in order to have equality and respect.