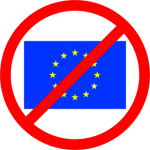 We need to Leave the EU

With BREXIT, we have been handed an historic opportunity to take control of our own economy; we have an opportunity to renew domestic industry and to end restrictions placed on us by the EU.

(here is a .PDF of THE PEOPLE’S PAPER)

To take this opportunity we must leave the EU, we need our own #Irexit.

BREXIT has also handed us the opportunity to re-define the relationship between ourselves and our nearest neighbours in Britain.

The UK needs Ireland, she needs our trade and also our co-operation, she needs access to our airspace and our seas.  There is an old saying “England’s difficulty is Ireland’s opportunity”, that is where we are at once again. 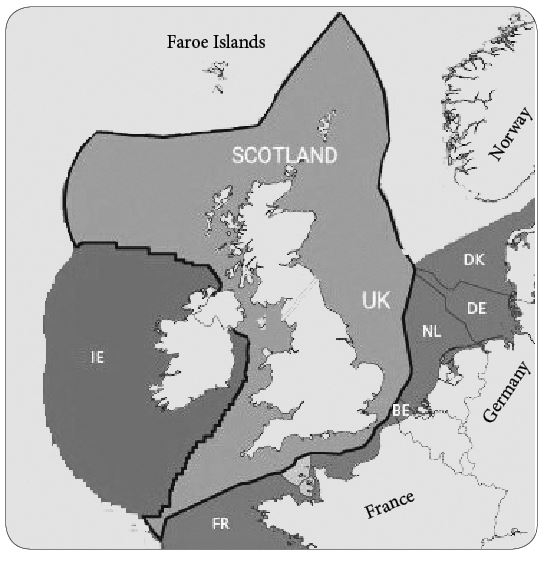 Look at the map, the UK is about to be surrounded by an unfriendly EU.  Equally, without goodwill from Britain, how are we supposed to trade with the EU at all? there may be an extra 1,000 miles to travel by sea just to deliver goods – imagine the extra costs!

The UK needs us, and we need them, we need to be talking and discussing our mutual interests.

If we manage the situation properly then the prospect of national re-unification exists, if we take the initiative, but we need a Government that will stand-up for Ireland.

We have the advantage and we need to use it.

In the past the EU has not been a very good friend of Ireland, it would be foolish to expect that they have our best interests at heart in negotiating with the UK.

We need to #Irexit, for our own advantage, but it is sweeter now that the UK having voted for BREXIT.

We must recognise our situation

The UK is our single biggest trading partner, nearly half of all our exports go to them, they are right beside us, we can speak their language etc.

A large portion of the UK’s population is of Irish origin, there is a natural connection, despite our terrible history.

Irelands natural economy is 32 county based, the EU may now impose tarrifs on cross-border trade – this will cause havoc to business, both north and south – it is unworkable.

It is easy to do business with the UK.

BREXIT and the EU leaves us facing crisis!

We are told that we need to find new markets for our food, but why should be give up our best customer on the promise of nothing?

It is not so easy to do business with mainland EU, there is no shared language, there is a large distance to travel and we are forced to compete in the ‘race to the bottom’.

The EU has shown bad-faith: they stole our fish, they imposed Bank debts on us, they wiped out most of our native industry, they lied about plans for ‘jobs and investments’ in order to drag us further into their dependence.

The EU is not to be trusted!

Our country is full of wealth, it is full of natural resources, and we have the ability to exploit these in a sustainable way – we should be seeing the benefits.

Instead, today, our country is suffering the affects of ongoing crisis, and it seems that the Irish people have no effective role in deciding the policy of our own state.  Policy making is in the hands of powerful vested interests; in banking, property development and giant corporations – and these interest groups have been championed by successive Governments.

The problems in Ireland are complex, ranging from political corruption to social-exclusion, to criminality and to outright neglect of the most vulnerable citizens.

We are a modern, well educated, open-minded people; wishing to encourage trade and cultural relations with others – but these relations must be based on equality and mutual benefit – we haven’t had this.

Ireland needs a NATIONAL PLAN for economic development, one which is based on our own abundant resources – the so called ‘free’ markets have not helped us, neither have our ‘friends’ in Europe.

It is time to bring this sell-out to an end, we can have a bright future if we assert it, if we stand together for it.

What is the basic problem?

There is a single issue underlying all of the problems we face – the problem is that the people of Ireland do not rule in our own country – we are ruled over by vested interests, domestic and foreign.

We have fought many battles in recent years, we have even had some success on the issue of water charges, however, even that seems likely to come back next year.

No matter what the problem we face, be it lack of basic health care, homelessness, ever increasing rental costs, unemployment, poverty or ongoing emigration – we find that the citizens do not decide the policy of our state on these issues – or any anything else.

The people were never asked if we wanted to pay Bank debts that are not even ours, in order to save the Euro itself.  We were forced to pay 42% of the EU’s Bank debts!

The EU imposed debts on us,  because of that nearly 350 people needlessly die on hospital waiting lists EVERY year, and homelessness is at record levels!

No one asked the citizens of Ireland if we were happy to subsidise the Vulture Funds in taking over vast estates and then extracting rack rents from defenceless tenants.

The citizens are never asked to decide anything of importance.  When we did decide in our own favour during the NICE and LISBON treaty referenda we were told to do it again, and get it right!

The problem is that we citizens do not rule Ireland.

Our society is breaking down, the so-called economic recovery is giving more to the rich and less to working people – we have a divided and morally broken society.

Fundamental to these problems is the issue of National Sovereignty, who has the right to decide our state policy?