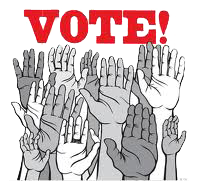 The People’s Convention has today issued invitations to the Dáil and Council representatives of the South East Electoral Ward to attend a constituency meeting of the electors of Cork South Central.

The title of the meeting is “Why do the People Not Decide State Policy?”, it will be held in Blackrock Hurling Club next Wed. 25th April at 7.30pm.

This is the beginning of the new way for all citizen-voters to exercise their mandate by NOT surrendering it to political parties or any individuals.

The People’s Convention is conceived as an organisation of all electors in a constituency, through which the people can Select – Elect – Mandate – Checkup – Recall their representatives at national and local level.

The People’s Convention does not lay down policy on any issue but will facilitate the electorate in every constituency to decide how they wish to mandate their representative – issue by issue – this is the essence of democracy – the will of the people must determine the policy of our state.

We must no longer surrender our mandate to political parties – which are no more than private member clubs of vested interests – or even to some individuals (no matter how well meaning).

The movement to Secure, Exercise and Defend our Democracy begins in Cork South Central this Wednesday 25th April at 7.30pm.

We write to inform you of the forthcoming meeting of electors in Blackrock Hurling Club, on Wednesday next, 25th April at 7.30pm in the South East Electoral Ward, your attendance is respectfully requested.

The People’s Convention is the organisation of all electors in each constituency through which we, the citizen-electors, intend securing, exercising and defending our democratic right to decide State policy and to direct the affairs of our State.

Specifically, we note that Article 28A.1 of Bunreacht na hÉireann, states that the local authority is for the “representation of local communities”, this means that such representatives must carry out the will of the people – and therefore should seek that mandate on every issue. A similar duty exists for TD’s whereby Article 16.2.1 states that it is their duty to “represent constituencies”.

The Constitution makes no mention of ‘parties’ or of representing one’s self individually.

This right of the people has been continually subverted by the system of political parties of vested interests (with their whip discipline) and has resulted in elected representatives failing to seek a mandate on any issue from the people and not infrequently voting against their own conscience.

The disastrous events since 2008 in which our sovereignty has been surrendered without any plebiscite; in which the taxes and wealth of the nation has been pledged far into the future to rescue bankrupt private banks, bondholders and financial speculators; in which austerity and deprivation is heaped on the people has brought us to the realisation that we can no longer allow the blatant abuse of our mandate by a cabal of collaborating and contending political parties.

From this point on, we will empower ourselves in accordance with our constitutional prerogative. We take back our mandate and insist upon selecting and voting only for candidates that pledge to seek a mandate on each and every matter. We will furthermore check upon and if necessary remove those that fail in their high calling of service to the citizens.

Political parties, which are no more than private member clubs, will no longer be able to determine the policy of the State in the interests of the few. We are working to ensure that if political parties wish to submit a person as a candidate in future elections then they must first seek their confirmation in the selection conventions (The People’s Convention) of the electorate and not their parties in each constituency. This may or may not result in their endorsement as a candidate which is contingent upon them signing a pledge to seek and vote in accordance with the constituency mandate.

For too long we have been a people ruled over rather than ruling in our own land. The “reforms” that are being bandied about by the political parties and others are no reforms at all because they do not aim for and will not achieve the empowerment of the people of Ireland.

Notwithstanding the fact that you were selected as a candidate by an organisation of vested interests, you are still our elected representative. We insist that you fulfil your Constitutional obligations and represent your constituents and their views, not those of your party.

This meeting of The People’s Convention in Cork South Central is being held in the Blackrock Hurling Club, this coming Wed. 25th at 7.30pm. It will be the first of many that will be held in every district of the Constituency. At these meetings citizens will prepare and vote upon resolutions of mandate to be carried to the floor of the Dáil and local authority by the elected representatives. You are invited to participate and receive this mandate.