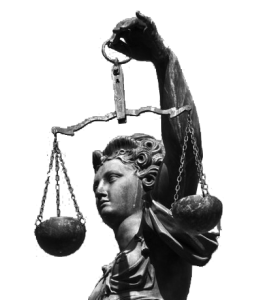 We have a RIGHT to free
Expression, Assembly and to Protest, without Political Interferance!

You can download a .PDF copy of the A5 size flyer here.

On Friday a youth was convicted of “falsely imprisoning” former Minister Joan Burton; he was just 15 years old at the time of the JOBSTOWN Irish Water protest.JusticeJustice

The protest occurred 2 years ago when Burton came to Tallaght, uninvited, she was pretending to be interested in the welfare of the community. The people of Jobstown felt betrayed and abused and decided to protest – their anger was further aggravated by efforts of Irish Water to force meters into their homes.

The Court decided that the protest itself was a crime… but the most serious crime evident was that Burton was abusing her position as Minister to force savage cuts in living standards of the people. Why? to make the people pay the Banks and the IMF/ECB for debts which are not even ours! No Government has a right to enforce policy against the general will of the people – to do so is a violation of democracy and is in breach of our Constitution.

But the rule of law never seems to favour the people – it stands by the vested interests that decide everything in our state.

Judge John King (appointed by FG/Labour Government shortly after the protest took place) ruled that the youth was guilty of imprisoning the Minister, despite the fact that she was surrounded by about 90 Gardaí at the time!

To justify convicting the boy, the Judge noted that:

The boy walked backwards in front of Burton, making a video, and asking her to “talk to us Joan”. Later in the Dáil

Burton claimed that he must have had one of those expensive smartphones, revealing her prejudice and ignorance.

There was no accusation of any assault or violence, in fact the court acknowledged that the boy was a credit to his community, contributing with voluntary work etc.

He took part in a public protest, he was peaceful and represented no threat or harm to anyone. He was exercising his RIGHT to protest and showing that he was a good citizen, taking responsibility to engage in politics – we should encourage him and others to do likewise, not prosecute them!

Judge King, serving his master, noted that the boy “did not act in isolation”, we make take it that this is pre-judging the conditions for the 18 others waiting prosecution for the same protest – this is a mockery of justice.

The legal team for the defense have described the judgment as “unprecedented” and a “recipe for totalitarianism” – we agree, our rights are under attack.