PDF image of Issue No. 1 of Convention newspaper: 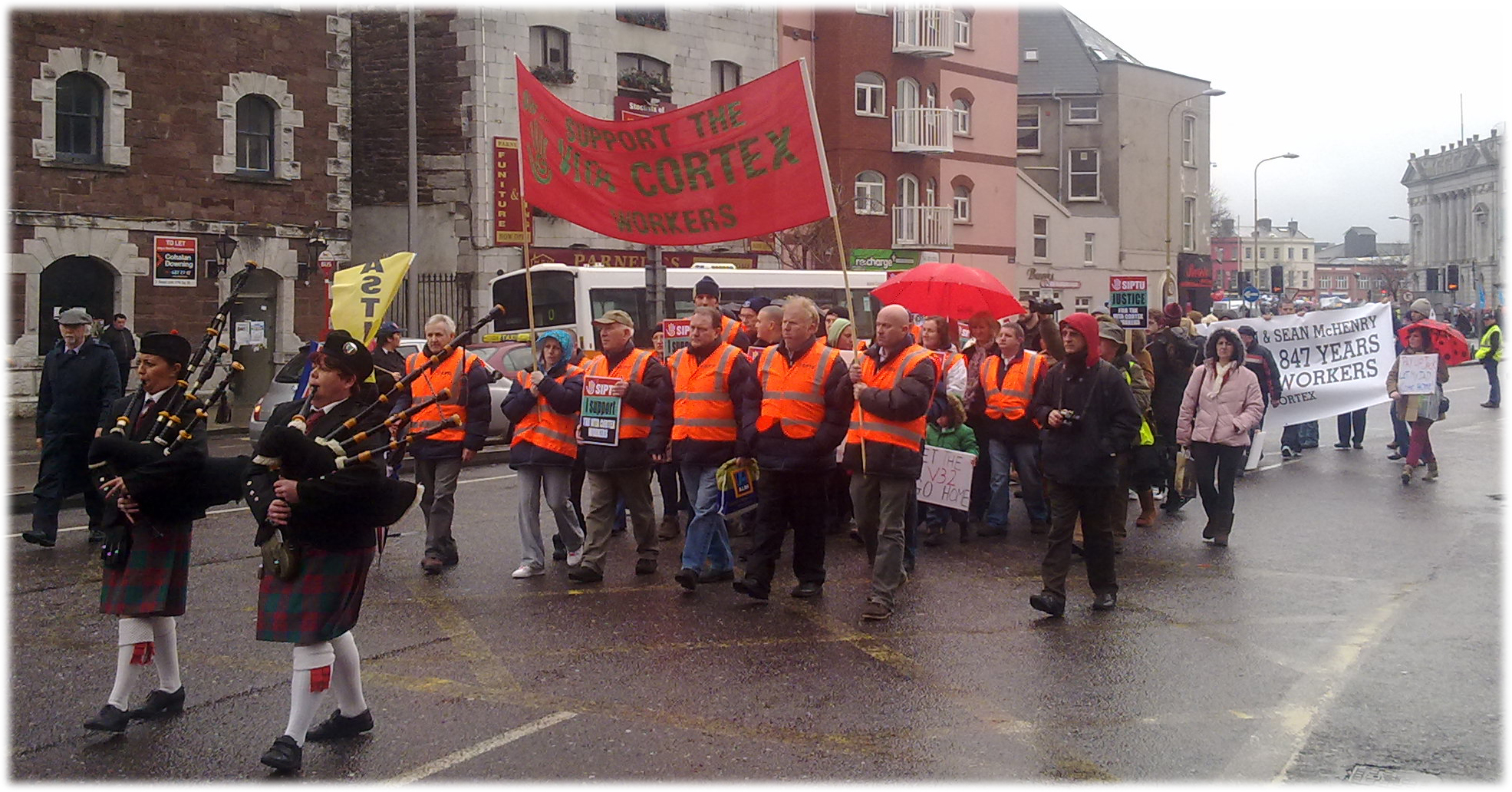 The treatment of the staff at Vita Cortex must be of concern to us all.

One of the revealing aspects of this dispute has been the manner in which the political party representatives behave, particularly those elected and in government. Without hesitation, they are all in ‘support’ of the workers in their just and legal demand… it’s just that there are ‘complications’ that make resolution difficult. But employees are entitled by law to redundancy, and to the deal agreed when closure was announced, yet this employer is somehow untouchable! The wealth created by these same workers is hidden away and protected, and they are denied their rights.

The vested interests get their way, and the employer is left with substantial wealth but it seems our State is unable to protect the employees, despite the laws in their favour and despite statements of support, even from the Taoiseach!

To add insult to injury, threats of court orders are used to criminalise their just struggle and to further facilitate the employer.

If we hadn’t seen it before, what we are witnessing is the selective application of law. When citizens interests are at stake there are ‘complications’, the law is ineffective and no one is to blame for it. But when its the banks or other vested interests – laws, by-laws, statutory instruments, regulations and rulings can be created overnight.
What all this highlights sharply is that citizens rights matter very little.

When the state took over Anglo-Irish Bank they decided, without any legal obligation at all, that they would cover the outstanding debts, including those due to unsecured, nameless, bondholders. They decided to do this, mortgaging the future of the entire State, without even asking the citizens … there were no ‘complications’ in the way.

Despite overwhelming popular support for the Vita Cortex workers it is clear that the will of the people doesn’t count. We citizens have no say in deciding even the main questions of State policy, let alone the outcome of such disputes. The system of political parties, ‘whips’ and vested interests make the decisions in our names . We matter little.

Meanwhile, politicians of every party have their pictures taken with those in the occupation. Such photo opportunities will be useful for election leaflets in the future!