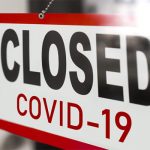 He warned that the only thing lockdowns achieve is poverty:

” Lockdowns just have one consequence that you must never ever belittle, and that is making poor people an awful lot poorer. ”

Our Government’s health policy is based on striking fear into people, and in doing this they have twisted the truth of what is happening.

Every evening we are told of the mounting infections and deaths, as if a tidal wave was sweeping over us.

At the time of writing we are told that 1,940 people have died ‘with’ Covid19 – but what does this mean?

We think the numbers they are using are causing widespread fear.

We go so far as to say the numbers are a lie, because they are not telling the whole truth.

“ we counted all deaths, in all settings, suspected cases even when no lab test was done, and included people with underlying terminal illnesses who died with Covid but not of it. ”

Note the use of with and of.

In October the CSO published a new study showing that 876 more people died this year than last year, a great loss to the families affected. They compared figures up to the end of September in both years.

So, to suggest that 1,940 have died of this virus would be untrue.

Much concern has been raised about deaths caused by suicide or by delayed treatment of other serious illness. For example, every week 170 people die of cancer, yet scanning to detect this is almost non-existant under the lockdown, and about 100,000 have been added to waiting lists since the first lockdown.

Earlier studies showed that 62% of the peak deaths last April/May were concentrated in the Care Homes.  We remember the scandalous neglect of Care Homes, the transfer of patients from hospitals into homes without any medical care, no one has answered for this neglect.

Unbelievably, Micheál Martin’s first announcement as Taoiseach was that there would be no public inquiry into the Care Homes, despite several doctors and families asking for one.

There is no evidence that the lockdown will resolve the crisis. Even if Ireland was 100% cleaned the virus would simply spread again as soon as we opened up.
Covid19 is not a critical issue for people who are healthy, they should be allowed to lead normal lives, interacting socially and working.

Government has failed to provide proper health care for many years, even now they are failing.

The strategy should be to provide proper preventative care for everyone, and focused care for the vulnerable. Essentially, we need to pay nurses and health care workers properly, and invest in hospitals.

The alarm bell should have sounded for us when Dr. Holohan was appointed Chief Medical Officer, he is the man who wanted to hide the Cervical Cancer scandal, he should be in jail, not giving us advice.

None of those who decided on lockdown will ever experience living on PUP or worry about paying bills, they are being paid over and above.
It is a direct attack on Civil Rights to deny the right to free assembly, to attend religious ceremonies, visit your neighbour or elderly relative.

Yet, the emergency powers are set to continue, maybe until next June?

A deeper crisis faces us, already the bill exceeds €40 billion on top of our existing enslaving debts, how will this be paid, and by whom?

Since publishing, reports say that almost 150,000 fewer people attended cancer screening services in the first half of the year because of the pandemic, according to national data.

The Irish Hospital Consultants Association (IHCA) warned that a lack of consultants and capacity in healthcare services will leave many patients waiting months to see a specialist.  In particular, it highlighted cancer-related endoscopy services where, of more than 2,400 people on the waiting list, almost a quarter have been waiting for more than three months.

The number of people waiting for an inpatient gastrointestinal endoscopy has increased by 12,400 since last year.