The following is the text from the flyer published today by CPPC, to promote the marches and rallies next weekend, marking our completion of the Troika so-called ‘bailout’ and also the issue presented by Cork City Council’s Budget 2014 meeting. 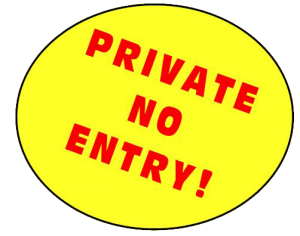 A .PDF of the A5 size flyer can be downloaded here, it contains adverts on the back.

Earlier this year we witnessed Germany approving our national Budget before it even got to the Dáil, it was imposed on us by the ECB / IMF Troika.

We, the people of Ireland, had no say in deciding how OUR money would be spent… it was all hidden from us.

We are out of the so-called ‘bailout’ on December 15th, but the truth is that not 1 cent of the €70 billion was spent in Ireland, it was ALL given to banks, and the debt FORCED onto us, the Irish people, and onto our grandchildren.

We must condemn this and those who sold-out, those who dictate!

On Monday 16th our own City Council will approve its Budget for 2014, but again, we don’t get to set the priorities – the estimates are kept secret from the people. Not only this, but City Hall has been removing posters for the Rally that evening and have made what is supposed to be a public event into a private ‘ticket’ only one. 50 numbered tickets will be issued, through the Parties (!), to ensure that no citizen dares express an opinion or even ask a polite question. (Only through the co-operation of Cllr. Tynan do we have any insight into these efforts of City Hall to exclude the people.)

Why are secrecy, exclusion, lies and dictate part of our democracy?

We think the basis for all of these problems is how the system of Political Parties itself works, they are no more than Private Member Clubs, each a vested interest in its own right. Both City Hall and national Government have become notorious for corruption, back-room deals, pay-offs, dig-outs, junkets and vulgar salaries – and they like to hide the truth.

We are a people who are ruled over, our democracy is hijacked!

There are two marches and Rallies we invite you to attend, to express our democratic right as a people. We are entitled not to be dictated to, no Party or administration has the right to effectively exclude the citizens and deliberately disrupt our efforts at discussing the issues and organising. Join with us in this effort, tell your friends…