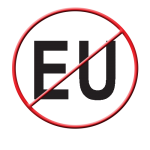 Our future is sold-out, neither our economy, laws nor standard of living are under our own control, our Sovereign Right is denied.

A .PDF image of this flyer is available for download here.

We invite you to support the demand for an organised Public Debate and a Referendum on our continued membership of the European Union – it is time for it.

Our relationship with the EU is unequal, we are accepting less than second class citizenship and allowing our abundant resources to be stolen. This has had disastrous affect on the lives of families and whole communities throughout Ireland.

We all want international trade and co-operation but it must work both ways, and be for mutual benefit.

Without any discussion, we and future generations have been committed to paying Bank Debts that were never ours. According to Eurostat we have paid 42% of the overall European Banking crisis, that’s well over €9000 per person in Ireland.

We have been saddled with debts, despite Enda Kenny telling us that we “are not responsible for this crisis”.

Our European partners told us that a “bomb (economic) would go off in Dublin” unless we agreed to pay up, we were threatened by Jean-Claude Trichet while head of the European Central Bank – one of our ‘friends’ in Europe.

Successive Governments who were/are duty bound to represent us, disgracefully accepted the imposition of private Banking debt from Europe – despite promising the opposite at election time.

Remember: “Not one more for cent for Banks, no more money for Bondholders”?

Remember: the constant promises of “Jobs and Investment”, we would have several 100,000 by now?

Remember: “We have turned the corner” & the “green shoots” that were poping up everywhere?

Remember: re-running of referenda for both the Nice and Lisbon Treaties, until they got the result they wanted?

We should have known from the start.

Our own Governments have only ever sold us out and no foreign power is really interested in the Irish people, they just want our resources, and these are vast, we have a RICH country and are highly skilled and educated.

Remember: we used to have local industry in every small village and town in Ireland?

Remember: what has happened to our Fishing industry… we have the richest fishing ground in Europe but are restricted to about 10% of the allowed catch – within our own sovereign territory!

Remember: Neither Germany, the UK nor France have shared their resources in Coal, Steel or Wine – so why us?

We have been LIED to and CHEATED, by the Party elite in Ireland and by the EU itself.

Already over 65% of our law is imposed from Europe, our Dáil operates like a local Council. Our Budgets are seen in Germany even before our TDs see them.

Our Sovereign right is hijacked by Europe with the help of the main Political Party system in Dáil Éireann, and now TTIP, CETA, ISDS & TISA are coming, all cloaked in secrecy, we know what to expect!

Let’s have an #Irexit vote?

Members of the public, other community and political groups, are encouraged to stand side-by-side in asserting Ireland’s Sovereign Right and make the call for #Irexit.

Together we are strong – Irish Water proves that.