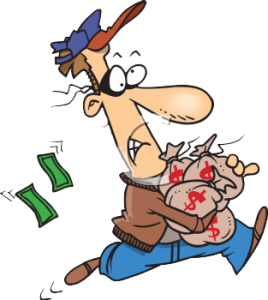 This is the text of a leaflet published by Cork’s ‘for DEMOCRACY!’ group, a .PDF can be downloaded here.

They still play golf on the right courses and enjoy privilege beyond imagination! As a people we are ruled over by powerful vested interests, native and foreign. That is why we
are forced to pay-up for debts that are not ours, that is why we have austerity!

That is why those with Special Needs are neglected, those needing Home Help go without, our youth are forced to emigrate at the rate of 1,500 per week – the highest rate since the time of the Famine!

But there is a bigger scandal than all that the bankers, developers and finance speculators have done to us. That scandal is the take-over of our democratic process by Political Parties, they have stolen our mandate and impose policy on us.

Neither the Government nor any Party has the right to dictate to us citizens.

Our forefathers fought for the freedom of Ireland – they did not lay down their lives so that we might kneel down in front of bankers and merely exist on the crumbs that fall
from the top tables of Leinster House or the palaces of Europe.

We are citizens who have rights, it is our country!

Our Constitution provides for the empowerment of the people, through representation of our constituencies in Dáil Éireann and in Local Government, but Political Parties have hijacked this representation – with their ‘whip’ system, the ‘pact’ and their links with big business and banking.

And, we are not so stupid as to think that Enda Kenny is going to reveal the truth through some inquiry – he is paid well to sell our rights, to do the bidding of the bondholders, the biggest banks in Europe. Neither do we think that the Germans are upset with ‘our’ state – ALL of their failed gambles are being paid in full – we have been given NO CHOICE, even though these debts are NOT ours.

Fellow citizens, we must get organised to assert our democratic rights!

We must dump the system of Political Parties that has corrupted our democracy!

Join with us in this effort, it is the right thing to do.