This is the lead article from issue 13 of THE PEOPLE’S PAPER, a .PDF copy the A3 paper can be download here.

Why are working people not on the streets, arms in hand, organising the revolution?

In this edition of THE PEOPLE’S PAPER we tell a tale, just a glance, of corruption in the corporate world and in public administration.
Recently our Taoiseach said that the inquiry into Irish Banking Resolution Corporation (IBRC) is unlikely to conclude this year. IBRC was formed from the remains of the old Anglo-Irish Bank and Irish Nationwide Building Society, after they bankrupted us to the tune of €30 billion.

In liquidating IBRC its assets were sold off; one of them was a company called Siteserv who owed it €150 million. Handy enough, Denis O’Brien purchasesd Siteserv for just €45 million, with IBRC writing off the remaining €105 million debt (our money).

This nice deal for Mr O’Brien was then improved when Siteserv was awarded the contracts for installing water meters along with several other state contracts.
O’Brien is a multi-billionaire, it helps to have friends in high places – when you need a ‘dig out’.

A Commission of Inquiry was setup in 2015 to examine the losses of IBRC, so far it is estimated to cost up to €70 million – into losses of about €105 million – and they are not finished yet.

Of course the usual vested interests are all making money, about 10 legal firms are involved, along with other consultants, and they are paid with public money. 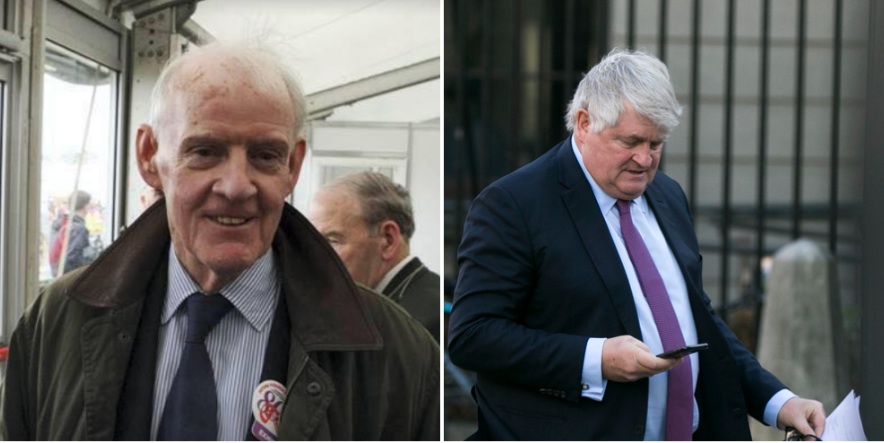 Another one: Last year Larry Goodman was reported as the state’s biggest paid Landlord, getting over €8 million every year for offices used by Government.
Goodman is another multi-billionaire, famous from the Beef Tribunal and his buddy Haughey.

Every year the state pays out about €100 million in rents to very rich people, such as Goodman, Michael O’Leary of Ryanair, the Dunnes Stores family, developers and former banking executives.

The question is why the state doesn’t develop some of its own properties rather than paying rent to the rich that could be avoided.

Goodman, in particular, has a long history as a leach on society: Back in 1990 when he faced a €515 million bank debt CJ Haughey moved to help with a state bailout.

Eventually Goodman cleared some of the debts, the balance of €250 million due to banks was then purchased at a cost of just €40 million. Why do banks offer such write-offs to business, but never to ordinary citizens with mortgages?

At the same time he was exposed for re-boxing rotten meat as EU intervention stock, he was accused of tax evasion and ‘undue political influence’, this became the subject of the Beef Tribunal in 1991.

An indication as to the character of such billionaires came in 2015 when Goodman purchased a neighbours farm that had been repossessed by a vulture fund, no scruples got in his way, Captain Boycott of the old Land War would have been proud of him. 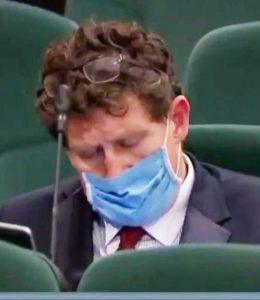 At the political end the corruption and disregard for public interests is becoming more evident every week. Whether we look at Golfgate, salary increases, unaccounted expenses, multiple and huge pensions, voting fraud, cronyism, lying, cheating etc. But all seems to become OK once the offended says they are “sorry”, then we must ‘move on’.

An indication of their attitude to citizens was seen in this paper last month when we showed Minister Eamon Ryan (Greens) asleep in the Dáil, he had to be woken so he could vote against workers rights. Well, well, here we go again, Ryan has repeated the offence – such disrespect for citizens is standard