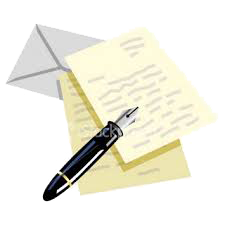 The following letter was received by us on Thursday 28th, the last official registration day for Local Property Tax (LPT).  The letter is being sent by a distressed son and his aging mother to their local public representatives and to Government – which is supposed to represent them!

Is this how we choose to treat our senior citizens?

How has this become the policy of our state?

According to Bunreacht na hÉireann, state policy is supposed to be determined by the people!

Since this letter was drafted the lady in question now regrets having paid the LPT!

” … I am passing this letter on to you.
My mother and I have just had thundering row over this f****g property tax and is now in tears.
This is what the government is doing to our pensioners.
I am drafting the letter below for the revenue and also intend to send it to as many TDs as possible….”

I have just registered and payed the LPT on behalf of my mother, a 76 yr old pensioner.

I would like to advise you that this tax is a disgrace.

My mother is, as I type, sitting in her living room with her head in her hands crying her eyes out. She doesn’t know how she will be able continue to live. Both you, the revenue, and the Government have now made her so terrified she believes that if she doesn’t pay the LPT she will end up in jail, yet she doesn’t understand that having paid TAXES all her life and continues to pay TAXES, government levies and 23% value added TAX on everything she buys, she must now pay even more TAXES. Even her medicine script TAX has been increased, up 150%

For what? Is this what this country has come to? And how much further are the ordinary people of Ireland going to pushed into the abyss?

My mother is an honest, decent, law abiding lady and she lives by these principles.

Have you any idea, even an inkling, of what its like to see your elderly mother break down in tears and sob her eyes out and say “whats the point of carrying on in this fucking country”.

She has worked hard all her life and payed all her TAXES and PRSI. Now in her senior years she should be enjoying life the best she can but all she seems to be doing is ‘robbing Peter to pay Paul’and she is now in despair. I haven’t told her yet of the new TAXES coming down the line.

Driving people into fear, depression, tears, & suicide just to squeeze more money from those who don’t have it is absolutely scandalous. And all because the ‘Government’ has decided to invent another new tax to go towards paying off Bond holders. Not to mention politicians fat cat salaries and expense accounts which we, the people of Ireland pay for. And then there is the bankers salaries fat cat salaries!

And now the Revenue has been brought in to the fray to literally scare the living daylights out of those who can least afford it.

Something has to give.

My mother is almost house bound having had a knee operation 6 months ago and has not been fully successful. She also suffers from various other ailments for which she is on a plethora of long term medication.

At the time of her recent and latest operation I had to the adapt the bathroom and shower to enable her to use same and although she is off the walking frame she is still using crutches. At 76 years of age!

She still has to pay all her other ‘regular’ bills – electricity, gas, telephone & mobile, food and consumables, not to mention all the yearly bills: house  insurance, car insurance, road TAX (which is pure TAX), NCT, car servicing & repairs (for which there is value added TAX), petrol (which is almost all TAX) plus other bills that have to be paid from time to time, budget for birthdays and Christmas, and now another TAX.

There is so much confusion as to exactly what the LP TAX covers no one seems to able to give a clear, concise and accurate advise.

The government is dreaming up new TAXES on a now regular basis and being extremely ruthless and heavy handed.

They have no shame or compassion? And now are getting the Revenue to do their dirty work.

How can the government, backed by the revenue, prosecute & put an OAP in jail for not being able to afford to pay every one of his/her bills.

Its a thundering disgrace.

Its quite evident, that with all the TAXES the people are now paying and the cost of basic living continually increasing, only the rich, the politicians, the bankers etc are laughing; laughing at those who are slipping further and deeper into debt.

My mother lives in an area where there is:

To this end I am requesting my mothers payment be returned and she be made exempt from further ruthless TAXES.

Yet to date, for the ordinary person, it has done nothing but pushed ordinary people to the brink of destitution and poverty, and cause unnecessary hardship and despair, even suicide. This government is acting the total bully and being totally blatant and unnecessarily heavy handed. The actual amount of TAX people pay – aside from PAYE and income TAX – is astounding.

There is now nothing in this country that doesn’t carry TAX, VAT or Excise duty.

IT HAS TO STOP.